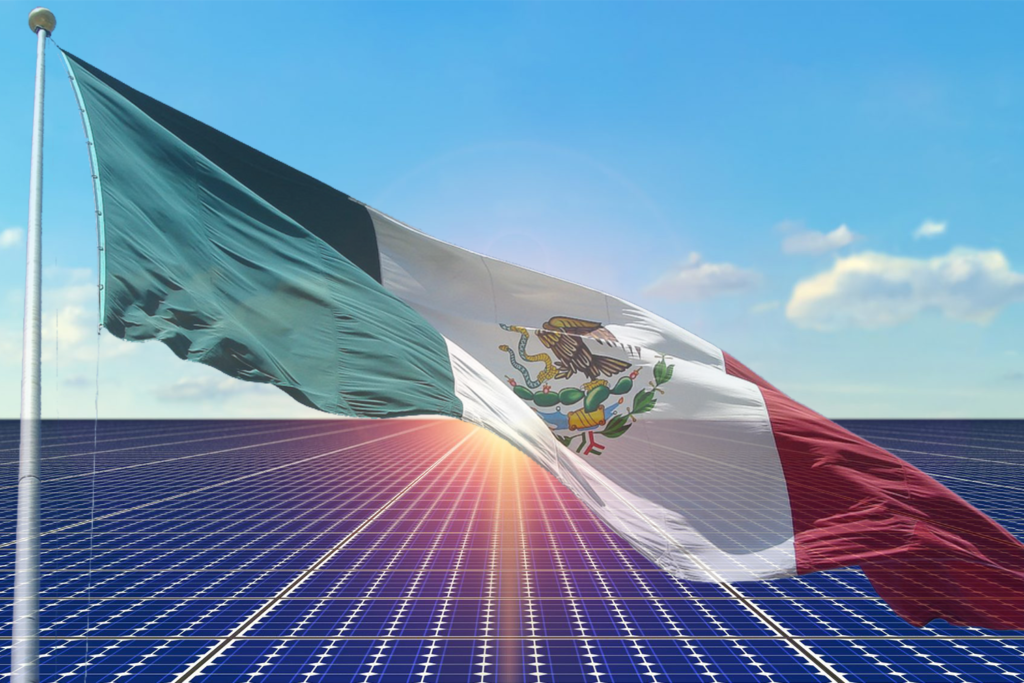 In 2014, the Mexican government initiated an ambitious “National Energy Market Reform.” One of the main objectives was to further develop the country’s solar industry. Four years later, and after much deliberation, the Department of Energy published the “Programa de Desarollo del Sistema Electrico Nacional” (PRODESEN), a policy document outlining the next 15 years of development in the country’s energy outlook. Mexico is developing a plan for a bright energy future, and to keep a finger on the pulse of the emerging solar market, an PowerFlex team traveled to Mexico City to attend Greentech Media’s (GTM) recent Mexico Solar Summit.

The conference offered a clear analysis of the current status of solar development in Mexico and insight into where it is heading in the future. Mexico recently proposed a renewable energy target: 50% of energy generation should come from renewable energy by 2050. In the opening panel, GTM’s Mexico analyst, Manan Parikh, argued that the progress started through energy market reform would result in the largest solar PV market in Latin America by as early as this year. Another session discussed the importance of agreement among the country’s regulatory agencies in order to unlock the potential explosive growth in the commercial and industrial sector.

The main regulatory agencies are the Secretariat of Energy, la Secretaria de Energia (“SENER”), and the National Energy Regulatory Commission, la Comision Reguladora de Energia (“CRE”). The SENER is the department that creates the policy for energy industry in Mexico, and the Secretary of Energy, who must be a member of the Executive Cabinet, is currently Pedro Joaquín Coldwell. The CRE is the entity in charge of regulating the industries involved with natural gas, refined oil products and electricity in a transparent, impartial and efficient way.

Currently, the solar industry is bifurcated into opposite sides of the project size spectrum: distributed generation under 500 kW-AC and utility-scale generation. The niche waiting to be filled is distributed generation above 500 kW-AC, which would mainly consist of large corporations interested in offsetting a significant portion of their annual electricity consumption. The next steps in policy would be to determine the construction codes and interconnection agreements and applications for distributed generation projects of that scale.

After two full days of networking and panels, the consensus was that on-site solar development for corporate entities is still in the early stages, but has great promise. Given the current policies, there are two main reasons why corporate clients located in Mexico should consider on-site solar generation:

The national utility, Comision Federal de Electricidad (CFE), published a new tariff in December 2017 that resulted in an 8-10% increase in electricity rates for industrial and commercial customers.[1] The main reason for the price increase is from the country’s lack of natural gas supply, which is currently the country’s main fuel for electricity generation. According to Platts Analytics, there have been delays in the construction of natural gas pipelines that are intended to move natural gas from the U.S. production regions to the areas of high demand for natural gas in Mexico. These delays have propelled the CFE to look to other fuel, usually expensive oil and/or liquefied natural gas, in order to feed its power plants. These fuel supply issues in Mexico are increasing electricity prices.[2] During the conference, Brett Blankenship, the Research Director of Wood MacKenzie, forecasted that this trend would continue in the next few years, meaning even higher electricity prices in the future.

2. Commercial and Industrial Customers have an Annual Clean Energy Requirement

Mexico has a Renewable Portfolio Standard (RPS) that requires suppliers, utilities and qualified users to report a certain percentage of their energy mix as renewable. A qualified user is a customer with more than 1,000 kW of contracted annual peak demand who procures their electricity from a third party (qualified supplier), not the CFE. Most commercial and industrial customers fall into the category of qualified users and will need to comply with these requirements.

One of the main goals of the energy reform is for Mexico to encourage the development and implementation of clean energy throughout the country. Specifically, the government wants to take advantage of the country’s strong solar resource and position themselves as a leader in solar energy. Corporations can take advantage of the high production numbers, tax incentives and lower electricity costs from installing a solar system on the roof of their facilities. We believe that solar projects in Mexico will show attractive returns, primarily due to the high and increasing retail electricity costs. Additionally, having renewable generation on-site from a solar system and retaining the CELs can be a simple way to satisfy a corporation’s annual clean energy requirement.

PowerFlex plans on continuing to monitor the market for new policy developments and political changes that could be beneficial to corporations who are considering going solar in Mexico. While our main focus remains on the U.S. solar market, we make certain to stay well informed on solar markets internationally. If you would like to explore solar opportunities for your facilities in the U.S. or learn more about the solar possibilities in Mexico, contact us at info@entersolar.com or 888-225-0270.