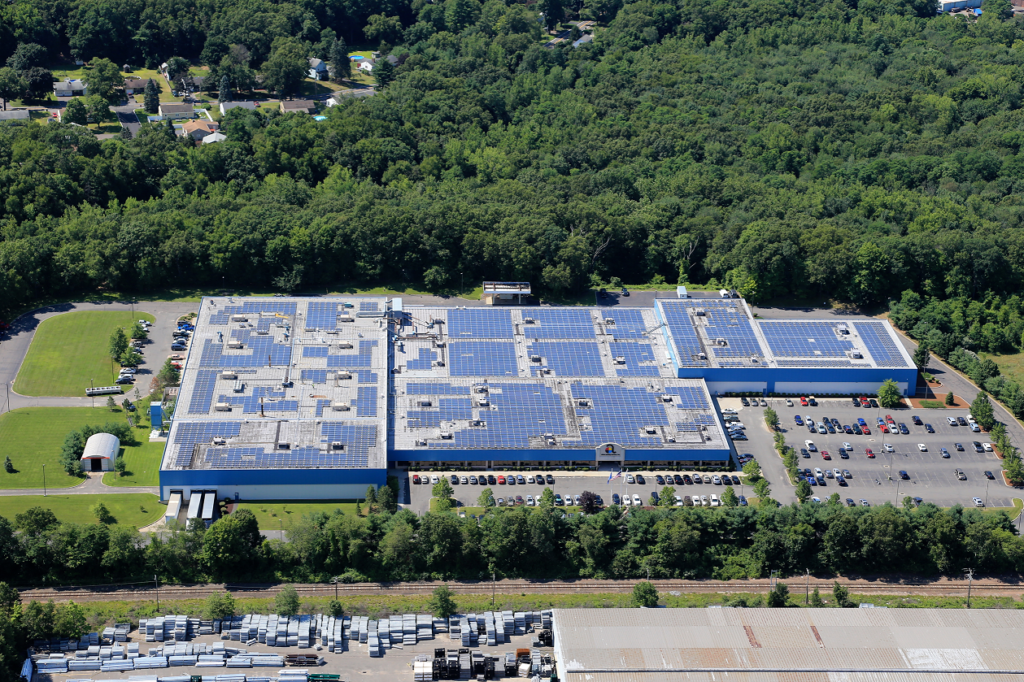 When designing a solar electric system, ensuring the maximum energy production is an important consideration for the financial viability of the asset. Several states have instituted production-based financial incentives, such as the Renewable Energy Credits program (RECs), wherein the monetary returns are directly linked to the system’s energy generation. Once built, a system will require careful system monitoring to ensure that it is operating as planned. Yet how do we accurately forecast production to ensure reliable returns?

To calculate expected production and optimize system performance, our designers run several energy simulations using state-of-the-art modeling software for photovoltaic systems. Below, we describe the main factors that go into such simulations and the measures that engineers take to maximize a system’s energy production. 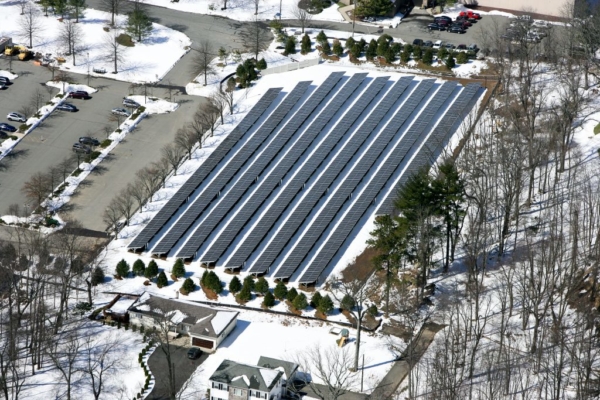 Shading is a fairly straightforward factor that affects production when nearby objects (rooftop units, vents, trees, etc.) block sunlight from reaching the solar cells. Shade over the modules results in lowered irradiance (energy from the sun per unit area) causing them to operate at lower currents, thereby reducing their power output.

However, designers can take measures to minimize shading and the effect of shading from the beginning stages of system design. They can create layouts with modules located in the sunniest areas, then evaluate whether the increased system size and production justifies expansion into less optimal areas. In cases where partial shading is unavoidable, there are still ways to minimize the effect on production. Standard built-in module technology, such as bypass diodes, can mitigate the impact of shade. Additionally, module-level power electronics can optimize operating current and voltage at each individual module in order to prevent a shaded cell from affecting the energy production of modules around it.

The manner in which soiling affects system production follows the principles of shading. Soiling refers to the dust and snow that accumulates on the panels and reduces the amount of sunlight that reaches the cells. To minimize this effect, designers position panels at a higher tilt because the steeper angle decreases the adhesion of snow and dust particles.

Most of the time, rain will naturally help clear out dust, while snow melts quickly on the warm surface of the energy-producing modules. However, regular snow clearing and module cleaning are also options available upon request to include in a project’s operations and maintenance (O&M) scope. Any production decrease due to snow is an important consideration in a northeast production forecast, while dust warrants attention in dry climates. Modeling both as accurately as possible requires that a variety of parameters, both physical and meteorological, be accounted for. Pulling from the abundance of research and resources online, our engineers have implemented accredited models to deliver reasonable, unbiased monthly estimates based on geographic location and system type.

Modules are better at converting sunlight to electrical energy when the levels of sunlight are high, yet these levels often fluctuate. Over the course of the day as the sun moves across the sky from east to west so does the angle of angle incidence between the sun and a PV module. The solar radiation modules see is at its highest at noon when the sun is directly overhead. Similarly, the solar irradiance varies based on location and the time of year due to how the sun’s rays are spread out over a larger area when Earth’s surface is tilted away. In simulations, designers account for this natural variation in the solar resource by utilizing data from a “typical year,” which is representative of the last 30 years of weather data. PowerFlex uses a specialized paid service to obtain very precise and up-to-date data, using a 10x10km grid. This significantly reduces the uncertainty in solar resource and other weather components compared to free alternatives, leading to a more accurate simulation. 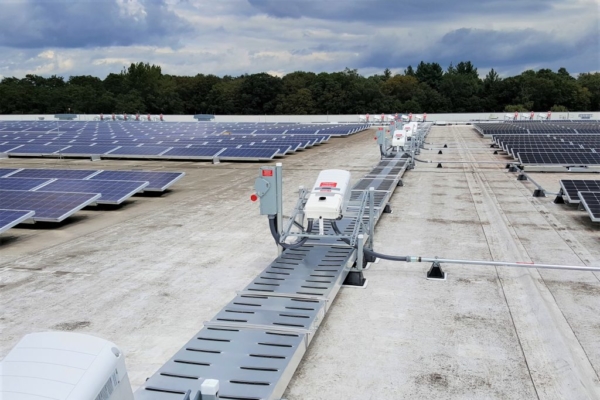 In addition to the environmental factors, there are several equipment factors that also influence energy production and therefore must be included in the engineering simulations for accurate forecasting.

Also known as the IAM factor or incidence angle modifier, reflection accounts for the fact that the sun’s rays do not all make it to the module’s productive surface. Depending on the angle that the light strikes the module’s air-glass interface, a small percentage may bounce off the glass layer and lower the effective sunlight that actually gets absorbed by the active material. For this reason among others, PowerFlex procures modules from manufacturers that utilize glass treated with an anti-reflective coating to boost transmittance.

Inverters are the electronic devices that convert direct current (DC) from the PV system into alternating current (AC), a form of electricity with which our appliances and the grid are compatible. As with all electronics, there is a bit of energy drop-off along the way. The inverters we spec for our applications (string inverters) typically have efficiencies over 98%, which is very high relative to most other electronic devices.

Module cells operate better in cooler temperatures, and that factor is included in the simulation assumption. As a result, ballasted roof-mounts, carports, and ground-mounted systems perform slightly better than flush-mounted systems.

As electrical currents pass through wires, a small amount of the generated power dissipates to the surrounding area as heat. To minimize this effect, engineers size the thickness and length of wires to best handle the current running through them per the electrical code.

Additionally, mismatch stems from the variations in the current-voltage characteristics of each PV module (whether it is from shading, orientation, temperature, or variability during manufacturing). Modules are typically wired in series to form a string, meaning that the module with the lowest current drives the energy production of the entire string. As such, designers aim to keep mismatch low by maintaining azimuth (orientation), environmental conditions, and electrical characteristics as consistent as possible across modules and between different strings.

Last but not least, clipping losses arise from overvoltage, undervoltage, or overpowering an inverter because they will not output more than their max-rated AC power. Inverters can also only operate effectively within a certain window of current and voltage. Thus, strings are sized to a certain voltage and DC power to stay within this window. One might wonder what good can ever come out of a DC/AC ratio larger than 1 given this inverter AC output limit? A 500 kW DC PV system doesn’t produce that nameplate 500 kW continuously since the sun is not at the “standard test conditions” (1000 W/m2) that modules are rated for throughout the day. Such sunlight intensity might only be reached for a couple of hours at noon. For the rest of the day, the modules operate at a lower capacity. It makes sense then to oversize the DC system size. That way more production gets picked up in the morning and afternoon which compensates for the midday clipping.

From this basic overview of the various factors that affect system production, one can better appreciate the nuances and complexity of energy forecasting simulations. Often, we can get within 3% of the actual energy production using weather adjusted energy production models. At PowerFlex, our final system designs have gone through many iterations to address any possible production losses in cost-effective ways. The engineering team diligently goes through these calculations to come up with the best and safest solutions that make the most economic sense for you.

At PowerFlex, we have a team of knowledgeable and experienced professionals with many years of working in the industry. We work closely with each client to provide a customized and dependable solar solution. If you are interested in going solar, please contact us.