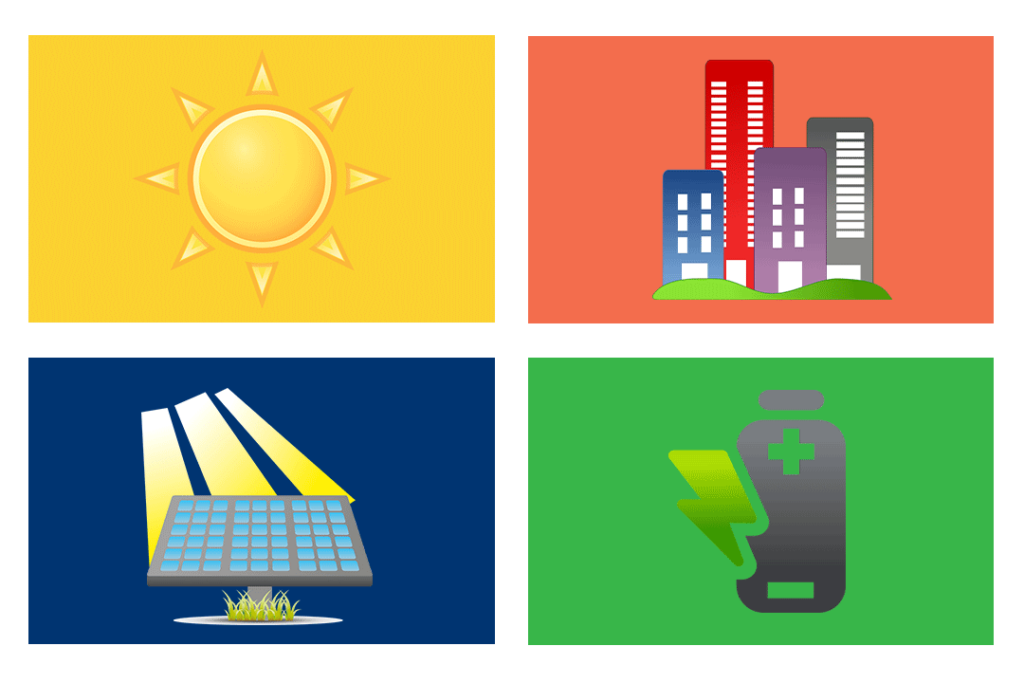 As the fastest growing fuel source globally in 2016, solar power is expected to lead the transition to clean, renewable energy (Bloomberg). Solar technology has already proven its efficiency and competiveness with other fuel sources, and the implementation of batteries and methods of energy storage is becoming increasingly important. Battery technology in conjunction with a solar photovoltaic (“PV”) system enables the energy produced by the PV system to be used when solar irradiance is reduced on a cloudy day or eliminated at night.

There are many types of existing solar battery chemistries (e.g. sodium-sulfur, metal air and lead-acid batteries), but the most common are lithium-ion batteries. Although the barrier to entry for battery storage has mainly been high capital costs, these costs have been rapidly decreasing in recent years. Additionally, the Investment Tax Credit (“ITC”) can be applied to the cost of the storage system under certain circumstances when solar systems are paired with storage. The ITC serves to reduce the initial capital outlay and increases the economic feasibility of a linked PV and battery storage system.

Companies operating a combined solar PV and battery storage system often find that one of the greatest financial benefits results from peak shaving. Electricity users pay for their power in terms of their electricity usage and the resultant demand charges, which are based on their highest usage within a billing cycle. These demand charges account for spikes in usage and often constitute more than half of a commercial or industrial end user’s bill. Peak shaving is accomplished by supplementing the power from the utility with solar power stored within a battery when the onsite energy demand is at its highest. The reduction in peak energy usage decreases demand charges, and in turn, can greatly decrease the user’s monthly bill.

End users can also take advantage of time of use (TOU) charges. Utilities employ TOU charges to encourage users to reduce their energy consumption during times of peak electricity demand.  Users can leverage their solar PV and storage system to generate energy at a fixed minimal cost and use it at times with the highest TOU charges. This strategy is known as time of use arbitrage; in using this “free” electricity when the TOU rates are the highest, the end user can maximize the profits from the solar PV system.

Additionally, a solar PV system with energy storage can provide an additional level of resiliency. For users that rely on a continuous supply of electricity, such as hospitals or cold storage facilities, energy storage may provide an invaluable measure of added security when the grid goes down.

If you are interested in learning more about storage and solar system options, please reach out to info@entersolar.com or 888-225-0270.