Commercial solar photovoltaic systems are very dependable, durable, and rugged. This is partly because they are largely a solid-state technology, have few (if any) moving parts, and typically have a useful life in excess of 30 years.

Despite this lengthy useful life, the U.S. IRS allows system owners to recuperate their investment by completely depreciating the solar system’s financial value (from a tax perspective) over 5 years. This depreciation method is called Modified Accelerated Cost Recovery System (MACRS), and it was established in 1986 to boost capital investments. With MACRS, the owner of a solar system can financially expense the solar system’s depreciable value within the first 5 years of initial investment. From the perspective of the IRS, depreciation expense increases and taxable income will decrease. This means that the system owner will pay fewer taxes.

The tax savings attributable to this beneficial MACRS depreciation treatment is one of the primary government incentives which the solar industry uses in order to help level the playing field with the massively-subsidized fossil fuel industry. Furthermore, the benefits of depreciation for your solar system do not stop there.

Following the 2007 financial crisis, the Economic Stimulus Act of 2008 was enacted in February 2008 with bonus depreciation for renewable energy systems. This means that you can depreciate an additional 50% of a solar system’s value in the first taxable year after installation. Essentially, bonus depreciation allows system owners to receive tax savings even more rapidly.

Bonus depreciation has been extended several times between 2008 and 2014. The Consolidated Appropriations Act was recently signed in 2015 and it extends eligible systems for bonus depreciation until Jan 1, 2018. Solar systems placed in service in 2018 and 2019 are eligible for 40% and 30% bonus depreciation, respectively. It is important to note that the depreciation rules for individual states can vary significantly when it comes to the adoption of bonus depreciation at the state level.

For more information on how either the MACRS depreciation schedule or bonus depreciation can help you afford a solar system, please feel free to contact us. Medline Celebrates the Completion of Its Rooftop Solar System in Uxbridge, MA 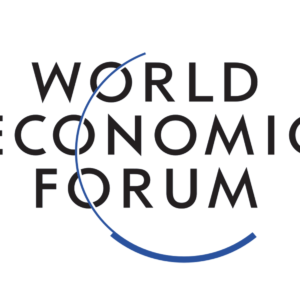 Anywhere. Anytime. The Flexibility of EV Charging
Get Started Today!
Learn More or Contact Us