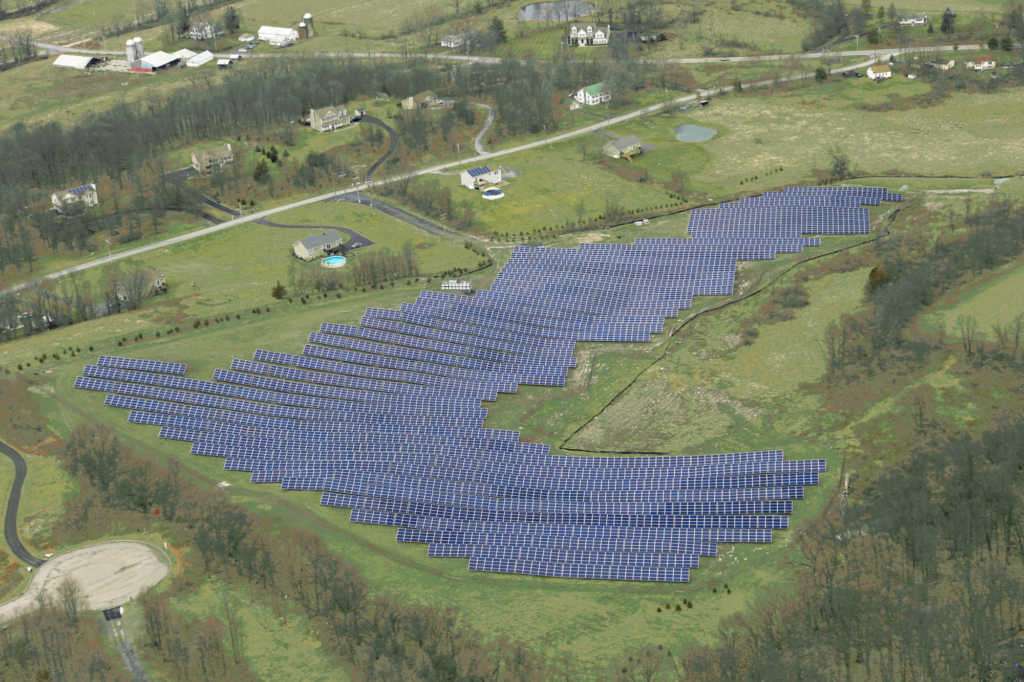 While many commercial solar energy customers opt for a behind-the-meter (BTM) installation, there are also front-of-the-meter (FTM) options available that offer increased flexibility to businesses that are looking to adopt solar energy. Let’s break down the differences between the two, and why an FTM installation might be right for your organization’s needs.

In a behind-the-meter configuration, the utility meter sits between the solar photovoltaic (PV) system and the utility grid. When looking at a diagram, the solar modules, inverters, and all other solar system components are situated “behind” the meter, hence the term. The energy produced by a BTM solar system is used locally at the facility to power its loads, and, in states with net metering policies, any surplus electricity can be sent through the meter and into the grid in exchange for utility bill credits. 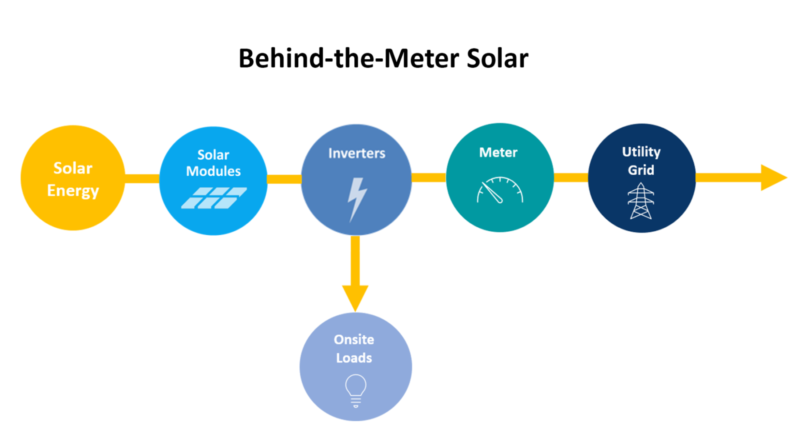 Front-of-the-meter systems are generally larger in scale. In contrast to a BTM configuration, the solar electricity generated by an FTM system is fed directly into the power grid and transmitted to remote offtakers instead of being used on site. FTM systems exist “in front of” the offtakers’ utility meters, and the electricity must flow through those meters in order to be used at the offtakers’ facilities.

A common FTM project example is an offsite solar installation where one entity pays for the installation of the system and sells the resultant energy to another entity for revenue (a practice that’s facilitated by remote net metering). This is one of the pathways that New York City’s Fordham University chose when the institution decided to go solar. Fordham is the sole energy offtaker of a 3,100-kilowatt ground-mounted system, developed by PowerFlex and owned by Kinder Morgan, an oil and gas company. With the energy produced by the system, which is located in the New York City borough of Staten Island, Fordham is able to avoid more than 4 million pounds of carbon dioxide emissions each year. 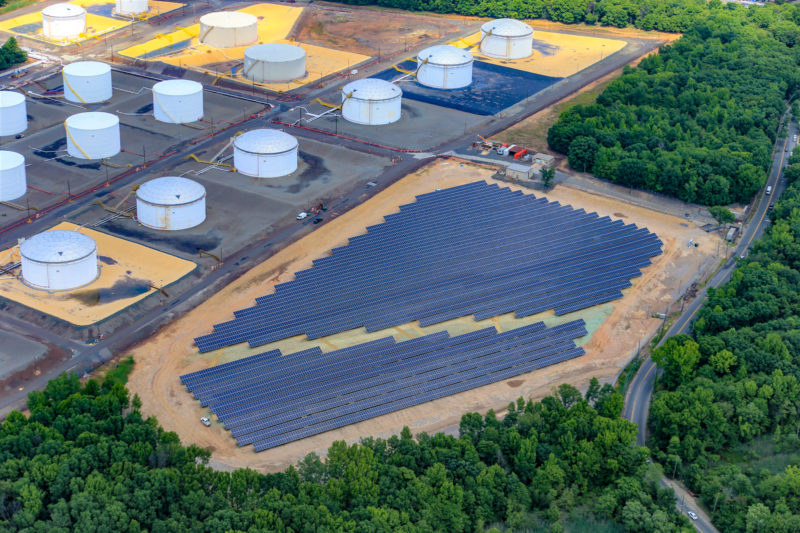 Also in New York, Stewart’s Shops executed a front-of-the-meter solar project with PowerFlex that provides renewable energy to 16 of its employee- and family-owned convenience stores. (In this case, Stewart’s is both the system owner and the energy offtaker.) The ground-mounted system is located in Halfmoon, New York and is projected to generate 2.3 million kilowatt-hours of electricity annually. With PowerFlex’s help, Stewart Shops was also able to take advantage of New York’s NY-Sun program, which provided valuable solar incentives. 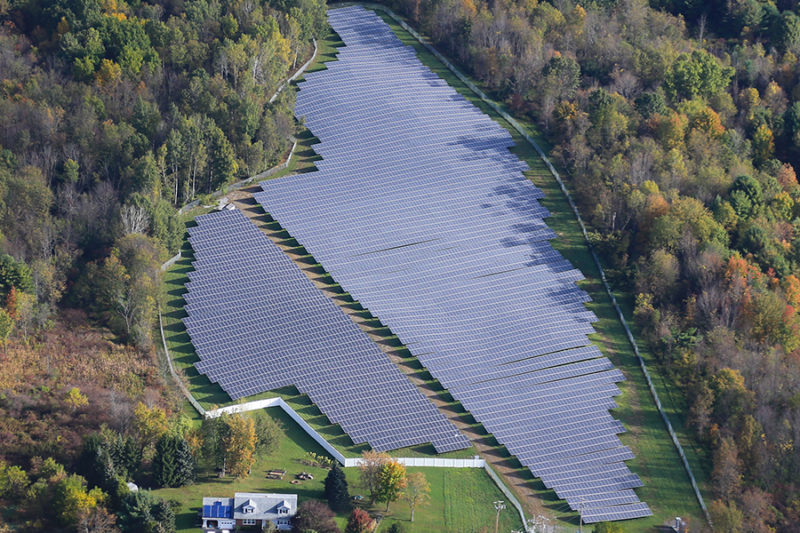 FTM solar projects are mutually beneficial to all parties involved. The project owner gets to leverage financial and tax incentives and earns revenue from the sale of electricity, while the offtaker (if different from the owner) gets to claim the use of renewable energy and enjoy all the PR and marketing benefits that come along with it. Moreover, FTM options contribute to the national adoption of solar energy in that businesses whose properties are not suitable for an onsite solar system installation can still benefit from and support solar adoption.

Still not sure if a front-of-the-meter or a behind-the-meter solar installation is right for you? Let PowerFlex’s team help you come to that determination using more than a decade’s worth of experience and expertise in the commercial solar industry. In addition to designing and installing the system, we assist our clients with financing, applying for incentives, and even maintenance and monitoring. A free consultation is just a click away.