Zero Emissions Renewable Energy Credits – or “ZRECs” for short, play a central role in Connecticut’s new solar incentive program. If you are a Connecticut business owner considering the installation of a solar photovoltaic (“PV”) system, it is imperative that you understand what ZRECs are and how they can provide you with a significant and predictable long-term revenue stream.

A little background: Connecticut passed the “Energy Act” (Public Act No. 11-80) into law in July 2011, which, among other things, established the Zero Emissions Renewable Energy Credit Program. This Program is designed to jump start the Connecticut solar market by requiring the two public utilities, Connecticut Light & Power (“CL&P”) and United Illuminating (“UI”), to purchase ZRECs from the owners of renewable energy systems in Connecticut. The utilities are required to pay a fixed ZREC price to system owners for 15 years.

A “ZREC” represents the environmental attributes derived from each megawatt-hour (“MWh”) of electricity produced by a zero-emission form of generation such as solar photovoltaics. For example, if a company had a solar PV system installed that produced 1,000 MWh over the course of a year, that system would generate 1,000 ZRECS over that period. These ZRECs can then be sold by the system owner to their local utility.

It is important to note that the ZRECS are separate and independent from the actual electricity being produced; the ZREC is simply the environmental attribute associated with zero-emission electricity generation. The system owner receives two separate cash benefits from the solar system: the cash value of the ZRECs generated and sold and the cash value of the actual electricity you generate on-site and no longer pay the Utility for.

ZRECs are similar to the “SRECs” that feature prominently in other state solar programs like NJ and MA, although the Connecticut ZREC program has several unique differences. For one, the ZREC program will not be subject to the volatility of an unknown spot market which has negatively impacted other state programs. Instead, solar system owners in Connecticut will be able to enter into long-term 15-year ZREC contracts with CL&P and UI. These contracts will be offered via a standard auction process, with successful bidders receiving a fixed ZREC price for the 15 year duration. 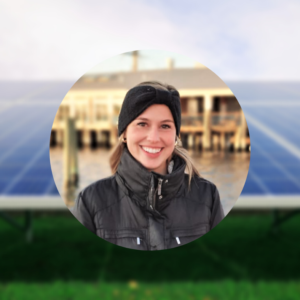