5 Reasons Why The Garden State is the Next Golden State When it comes to the beach and sunshine, the first place that most people think of is California. It is a state filled with sunshine, and with its many supportive solar policies, California is the leader of the U.S. Solar Market.

However, California is not the only Golden State when it comes to solar. New Jersey also takes advantage of the sun, and here are the five reasons why New Jersey is the next Golden State.

According to the Solar Energy Industries Association (SEIA), New Jersey completed over 8,000 solar installations, equaling 240 MW of solar electric capacity, ranking the state 6th for solar capacity in 2014. The cumulative 1,524 MW of solar energy currently installed makes New Jersey 3rd in the country in installed solar capacity, right after California and Arizona. In fact, there is enough solar energy installed in the state to power 241,000 homes.

New Jersey has one of the most aggressive Renewable Portfolio Standards (RPS) in the United States, which requires local utilities to procure 22.5% of their energy from renewable energy sources by May 2021. The RPS is the fundamental driver for all the activities in the renewable energy industry because it creates a strong incentive for utilities to source renewable energy, thus creating a market for solar energy supply.

Moreover, the Garden State shows its firm commitment to solar by having a specific 4.1% RPS requirement for solar by May 2028. That means, for every 100 kW of electricity generated in Garden State, 4.1 kW must come from the sun by 2028. 4% may not sound impressive, but it is a lot considering the 2,300 Trillion Btu energy consumed by the state per year!

On August 10th 2015, New Jersey Governor Chris Christie signed S-2420, increasing the electric power net metering capacity threshold from 2.5% to 2.9 % of total annual kilowatt-hours sold in State. Net Metering means that a company’s meter is bidirectional, so that when the solar system generates more than the building needs, it can be fed back to the utility, and the customer can be given full retail credit for that energy production.

According to advocates, the increase on the net meter cap will allow New Jersey to install an additional 700 MW over the next three years. In addition, unlike many other states, there is no net meter cap on the size of solar system, which allows any sized solar system to be built.

The aggressive RPS creates a high demand of Solar Renewable Energy Certificates (SRECs), because in order to meet the RPS requirements, local utilities need to buy SRECs. If utilities fail to meet the RPS, they have to face the Alternative Compliance Payment (ACP), as well as Solar Alternative Compliance Payment (SACP), which means, utilities must pay a severe penalty for that failure. The ACP is currently $50/MWh and the SACP is $331/MWh in 2015, which is a great amount of money.

New Jersey SREC prices rallied over $240 early this week to reach the highest levels since 2012! Prices are up over 30% from this time last year. Obviously, it makes more senses for utilities to purchase cheaper SRECs than to pay the higher SACP. Thus, there should be a lasting demand for SRECs in New Jersey, driving the price high and making going solar in New Jersey lucrative.

Again, thanks to the aggressive RPS in New Jersey, local utilities have strong motivation to roll out solar initiatives. As the largest utility in the State, Public Service Electric and Gas (PSE&G) of New Jersey launched the PSE&G Solar Loan Program in 2008. This attractive program provides participating solar system owners with a significant upfront cash payment equal to about 40-60% of the system cost, which can be repaid with SRECs over a 10 year period.

Over the past several years, New Jersey has relentlessly promoted solar power, and deservedly earns the title of “the 3rd best state in the nation for solar”. The market will continue to be strongly driven by the solar RPS, progressive Net Metering policies, the lucrative SREC market, attractive utility incentive programs, and, of course, solar providers’ continued hard work.

As a leading provider of solar photovoltaic systems to the commercial marketplace, PowerFlex has helped many New Jersey businesses, including Chelten House, and Perfect Printing, leverage the power of the sun. As experts in the dynamic legislative environment, PowerFlex provides clients with real-time guidance in order to best utilize the Federal, state, and local financial incentives, and partners with clients throughout the entire solar installation process.

Contact our New Jersey director Danny Ptak at dptak@entersolar.com to learn more about how solar makes financial sense for your business. 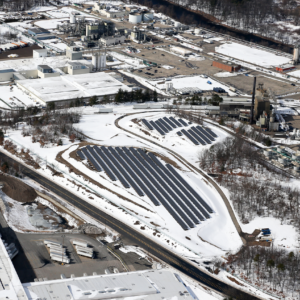 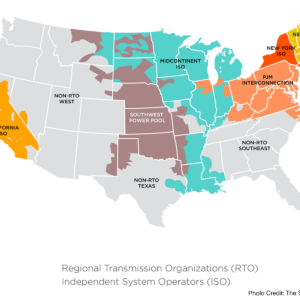 Understanding Capacity Charges and the Cost of Energy Procurement

3 Things to Consider When Tracking Your EV Charging Performance
Get Started Today!
Learn More or Contact Us